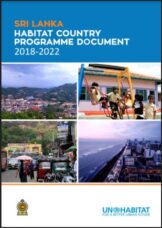 The Habitat Country Programme Document (HCPD) of Sri Lanka (2018 – 2022) aligns itself with the strategic areas of UN-Habitat and country-level priorities by establishing a clear linkage with the national development plans and the United Nations Sustainable Development Framework (UNSDF) 2018 – 2022 within the overall global context of the 2030 Development Agenda. In

Overview Since 1978, UN-Habitat has supported the development of human settlements policies in Sri Lanka.1 Since this time, UN-Habitat has cooperated with the Government to initiate a range of national programmes and projects.2 After the 2004 Indian Ocean Tsunami, UN-Habitat increased its support of Sri Lanka. The Southern Coast and North-East experienced severe damage, with 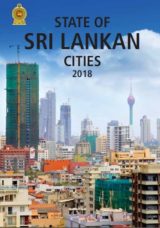 The State of Sri Lankan Cities 2018 presents the first comprehensive assessment of Sri Lanka’s recent urban development. The Report is a key output of the State of Sri Lankan Cities Project. It outlines a vision of a better urban future for all Sri Lankans, drawing on the UN’s Sustainable Development Goals and New Urban Agenda, as well as key Government of Sri Lanka strategic documents. The Report provides an analysis of the spatial attributes of Sri Lanka’s urbanization, an overview of its people and functions and examines city economies, urban housing, municipal services, urban connectivity and municipal transport, climate risk and resilience, and governance. 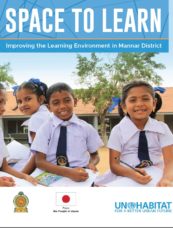 This publication highlights the key achievements of the project “Sustainable Resettlement through Community-Driven Improvement of the Learning Environment in Mannar District, Sri Lanka” implemented through a participatory people’s process from 2015 -2017. Through this project, UN-Habitat supported the construction and improvement of learning facilities in 25 schools in Mannar district with funding from the Government of Japan. It supported the construction of primary and secondary classroom buildings, water, sanitation and hygiene facilities and teachers’ quarters benefitting 10,000 returnees including 6,800 school children. 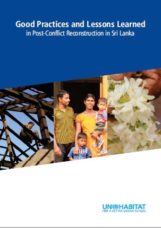 When three decades of conflict ended in May 2009 in Sri Lanka, approximately 450,000 people had been displaced, with many having to rebuild their lives following the destruction of homes, villages and livelihoods. The Post-Conflict Reconstruction Programme in the Northern and Eastern Provinces, implemented by UN-Habitat from 2010-2016, provided numerous opportunities as well as challenges and proved to be a testing ground for many new strategies and technologies. This report looks closely at three main elements that made the programme a success, the participation of people from the inception to the end, the diverse partnerships, donors, government, community based organisations that brought people together to implement the projects and the new and innovative technologies that were introduced to make the programme cost effective and sustainable. 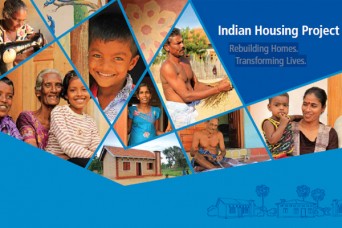 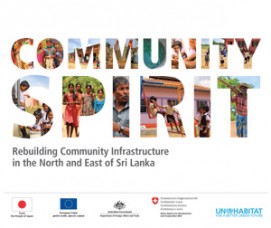 As a result of the protracted conflict in Sri Lanka, much of the infrastructure in the North and East was either badly damaged or completely destroyed. Upon their eventual return, internally displaced people possessed little financial and other resources and as a consequence, were incapable of rebuilding the damaged facilities. Implemented by UN-Habitat and the Swiss Agency for Development and Cooperation, with funding from the Government of Japan, European Union, Government of Australia, Government of Switzerland and the Coca-Cola Foundation, the post conflict reconstruction programme contributed significantly towards the development of conflict affected villages. This book is a pictorial testimony of community recovery, highlighting the resilience and spirit of the people in the North and East of Sri Lanka.

After thirty years of conflict in Sri Lanka, when internally displaced families returned to their villages, they found their homes badly damaged or destroyed beyond repair. Lacking financial resources of their own, many families were unable to rebuild. For years, they lived in temporary shelters that offered little protection from the elements. This book is a pictorial journey 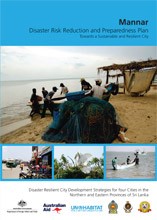 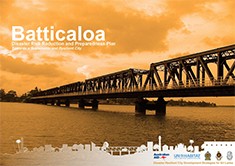 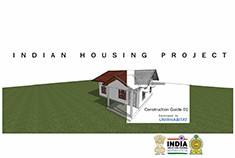 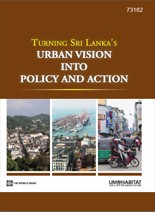